by World Vision Church Resources on August 3, 2018
Tweet
More than half of the world's children experience some form of violence every year. World Vision protects children and looks out for their well-being by ensuring communities and faith leaders are actively working to identify and support children in need; advocating for children's rights; and providing for immediate needs, such as emergency shelter and essential care.

Here are some of the ways we provide child protection around the world. 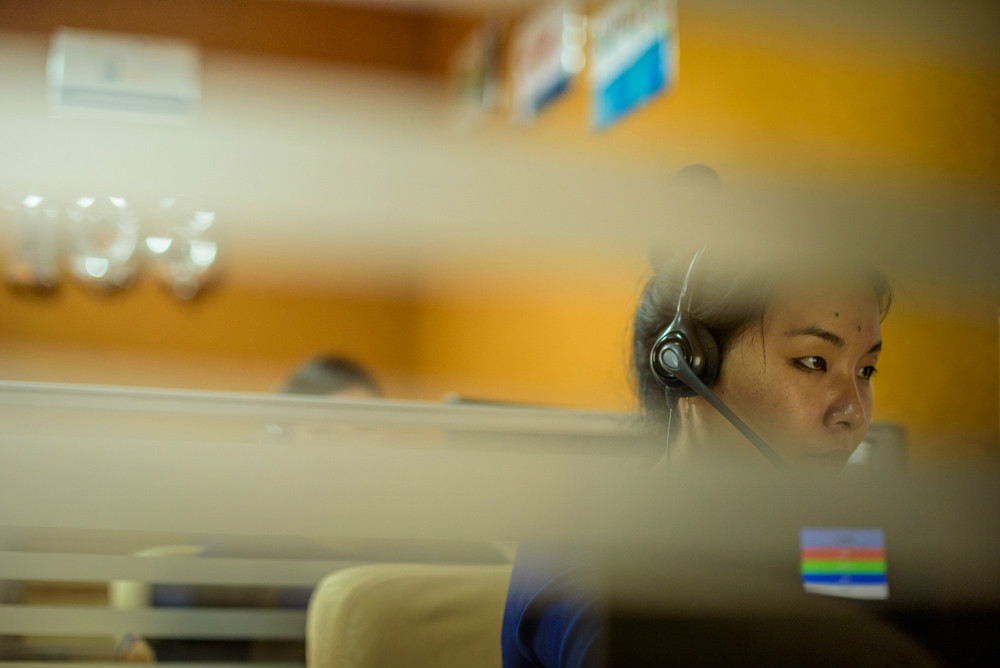 World Vision Mongolia, working with the National Authority for Children and the country's major mobile carrier, Mobicom, set up a 24/7 national hotline to report abuse of children. In addition, a national advertising campaign publicizes the phone number, especially to children. The Mongolian government set up a call center, and they soon realized they needed to help the helpers - so they offered stress management training to 108 operators who take the calls and respond to stories of abuse.
Uganda
Alerting communities to thwart child sacrifice

World Vision's Amber Alert-style program has created a profound partnership between leaders of all faiths, law enforcement, local government, child-protection committees, and traditional healers. When a child is abducted, communities are ready. Villagers are taught to intervene, and, if that doesn't work, to sound the alarm. Seventy-three villages are equipped with drums and megaphones. Motorcycles block off exit routes, and people lay logs across pathways to stop the abductors. Faith leaders and traditional healers have also created radio programs that air messages about child sacrifice, good parenting, and taking care of one's neighbors.
India
Fighting child marriage and child sex-trafficking

Poverty, lack of education, poor gender relations, and dysfunctional families make children in India vulnerable. Here, World Vision sets up community-managed Child-Friendly Learning and Recreation Centers to give children safe places to learn and play. We also form MenCare groups that educate and equip men on the inherent value of women and girls. Transformed attitudes in men are crucial not only to decrease the demand for prostitution but also the supply of children to traffickers. Communities with MenCare groups are seeing reduced instances of child marriage too. In addition, World Vision's Girl Power groups teach adolescent girls about personal safety. 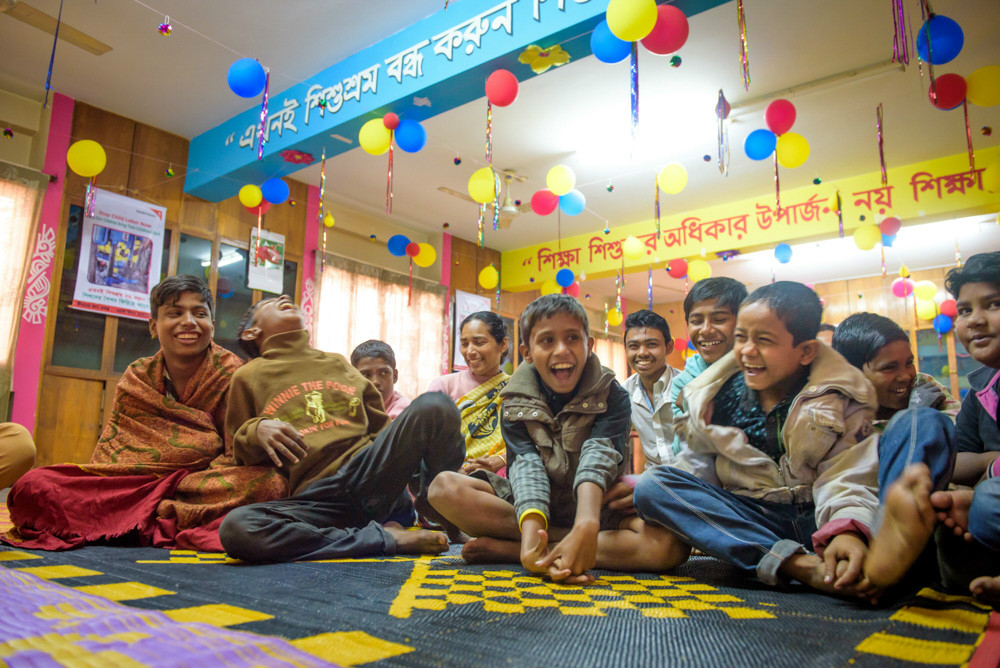 A group of boys who work in automobile shops around the city of Khulna, Bangladesh, are now able to attend World Vision's Child-Friendly Learning and Recreation Center. (©2017 World Vision/photo by Laura Reinhardt)

Nearly 1.7 million children ages 5 to 17 in Bangladesh are engaged in illegal child labor. World Vision focuses on encouraging the withdrawal of children from labor, increasing children's access to school, improving parents' incomes, and training older children for jobs that are legal and have decent earning potential. A key intervention is the formation of Child-Friendly Learning and Recreation Centers, which provide children at risk of child labor or already engaged in labor with childhood education and help in transitioning to public primary school. 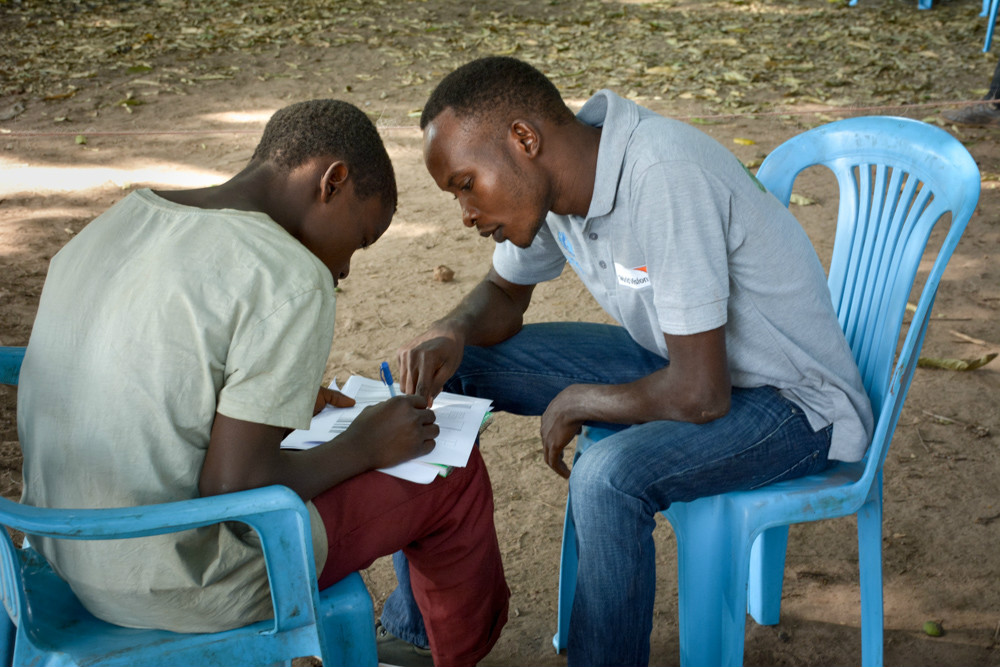 Protecting children in fragile contexts like war-torn South Sudan is complicated but critical. In February 2018, armed groups released hundreds of children they had recruited to fight or work domestically to support the ongoing conflict. World Vision staff were the child soldiers' first line of care. Now, staff and qualified social workers are walking the journey to recovery with the children and adolescents to counsel and comfort them, reunite them with their families, if possible, and reintegrate them into society with social and educational opportunities and vocational training. 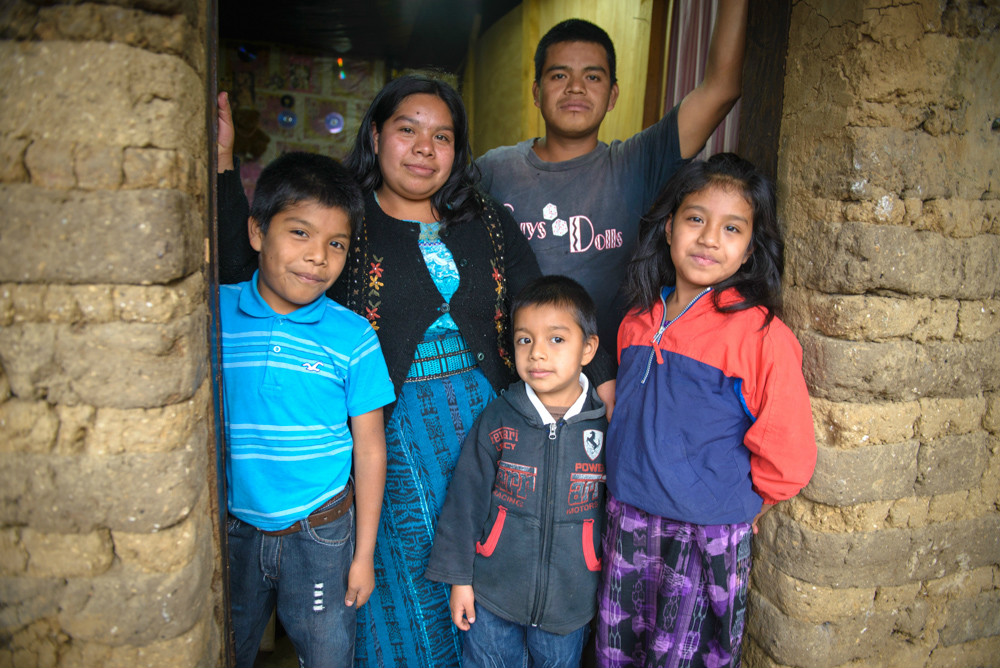 Through sponsorship and a World Vision parenting class, Paulina and her husband, Gaspar, have learned valuable parenting skills, their relationship has improved, and domestic violence has stopped. (©2013 World Vision/photo by Laura Reinhardt)

Although violence related to gangs and drugs is a prominent issue in Central America, the primary form of violence in Guatemala is within the family. Nearly one-quarter of the unaccompanied minors who migrate to the U.S. from Guatemala reported that they suffered violence from their guardians and caregivers. World Vision seeks to reduce the number of people who are victims of violence by 20 percent by 2022. To do this, we form community-based committees to create safe environments for children to live, learn, and play. We also work with faith leaders and local governments to develop migration prevention plans. We support individual children and their families through scholarships, skills training, connecting them with trustworthy community networks, and other social services. 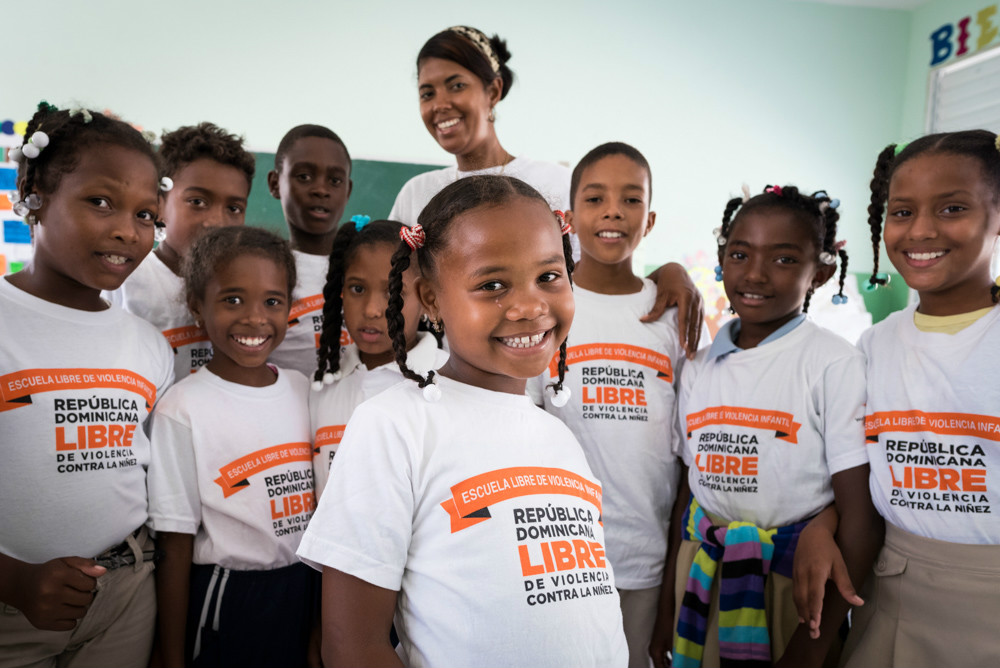 Children who are abused physically and verbally at home may carry out the same behaviors at school by hitting their friends, playing violently, and acting out in the classroom. In the Dominican Republic, World Vision trains school staff in programs to eliminate violence against children, including techniques to help teachers lead anti-bullying efforts. 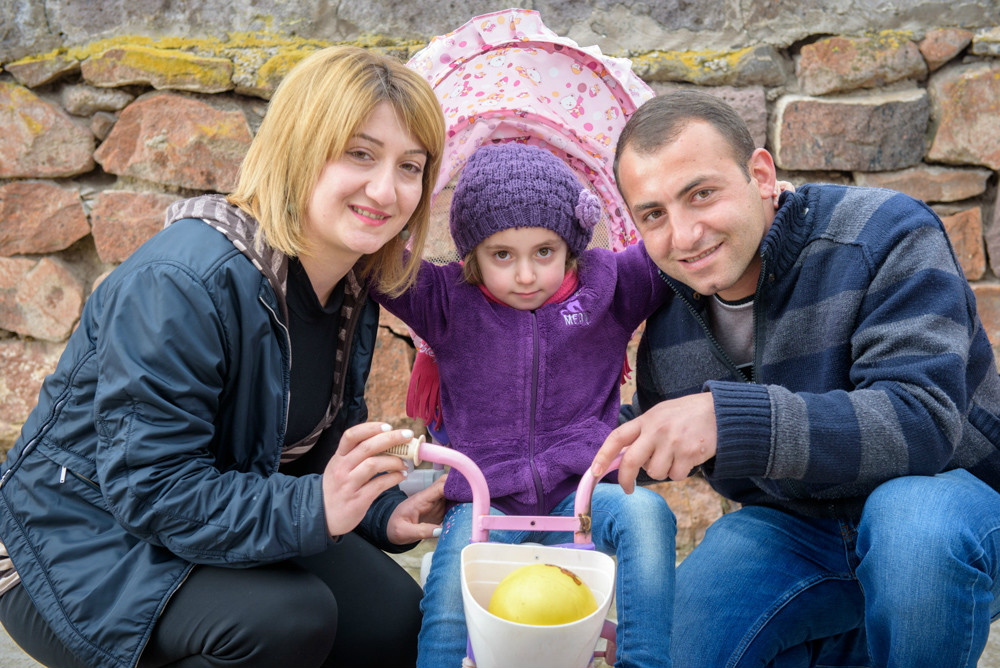 Volodya Nersesyan, 27, and his wife Astghik Aleyan, 27, play outside with their 4-year-old daughter, Hasmik. Part of what Volodya and Astghik have learned in World Vision's “Caring for Equality” program is the importance of spending more time being actively engaged with their daughter. (©2017 World Vision/photo by Laura Reinhardt)

Child protection must begin when babies are in the womb. Because of a deeply rooted cultural preference for sons in Armenia, an estimated 1,400 girls are not born every year. For a country as small as Armenia - with a population of about 3 million and just over 40,000 babies born annually - this is a significant number. As a result, Armenia is among the top three countries with the most highly skewed sex ratios at birth. World Vision is striving to create an environment in which girls and boys are valued equally. Our work focuses on ending gender-based violence, including prenatal sex selection and intimate partner violence. In group discussions, youth and couples learn about the prevalence of prenatal sex selection and how to strengthen their family relationships. We partner with the Armenian Church and advocate with the government to adopt policies that support gender equality and the prevention of gender-based violence, including prenatal sex selection. We have also launched media campaigns and trained journalists to educate the public on these issues.
back